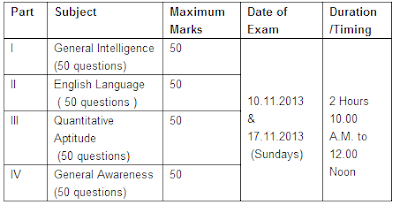 The Paper will consist of Objective Type - Multiple choice questions only. The questions will come  both in English & Hindi for Part-I, III & IV.  There will be negative marking of 0.25 marks for each wrong answer. 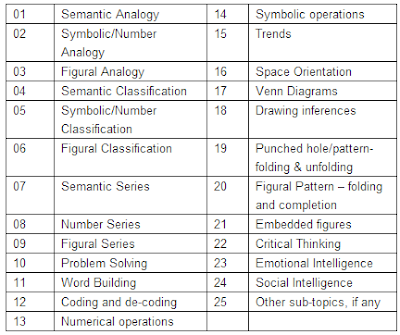 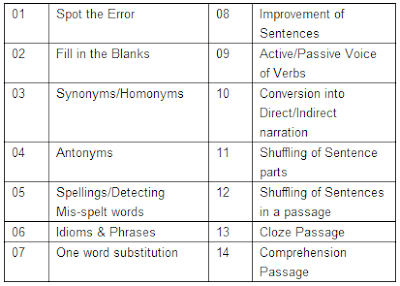 
IV. General Awareness -
Questions are designed to test the candidate"s general awareness of the environment around him and its application to society. Questions are also designed to test knowledge of current events and of such matters of everyday observation and experience in their scientific aspect as may be expected of an educated person. The test will also include questions relating to India and its neighboring countries especially pertaining to History, Culture Geography, Economic Scene, General policy and scientific research.

(B) Skill Test For Data Entry Operator -
Data Entry Speed of 8,000 (eight thousand) Key Depressions per hour on Computer.The „Speed of 8000 key depressions per hour on Computer" will be adjudged on the basis of the correct entry of words key depressions as per the given passage and the duration of the said Test will be 15 minutes and printed matter in English containing about 2000-2200 strokes/key-depressions would be given to each candidate who would enter the same in the Computer.